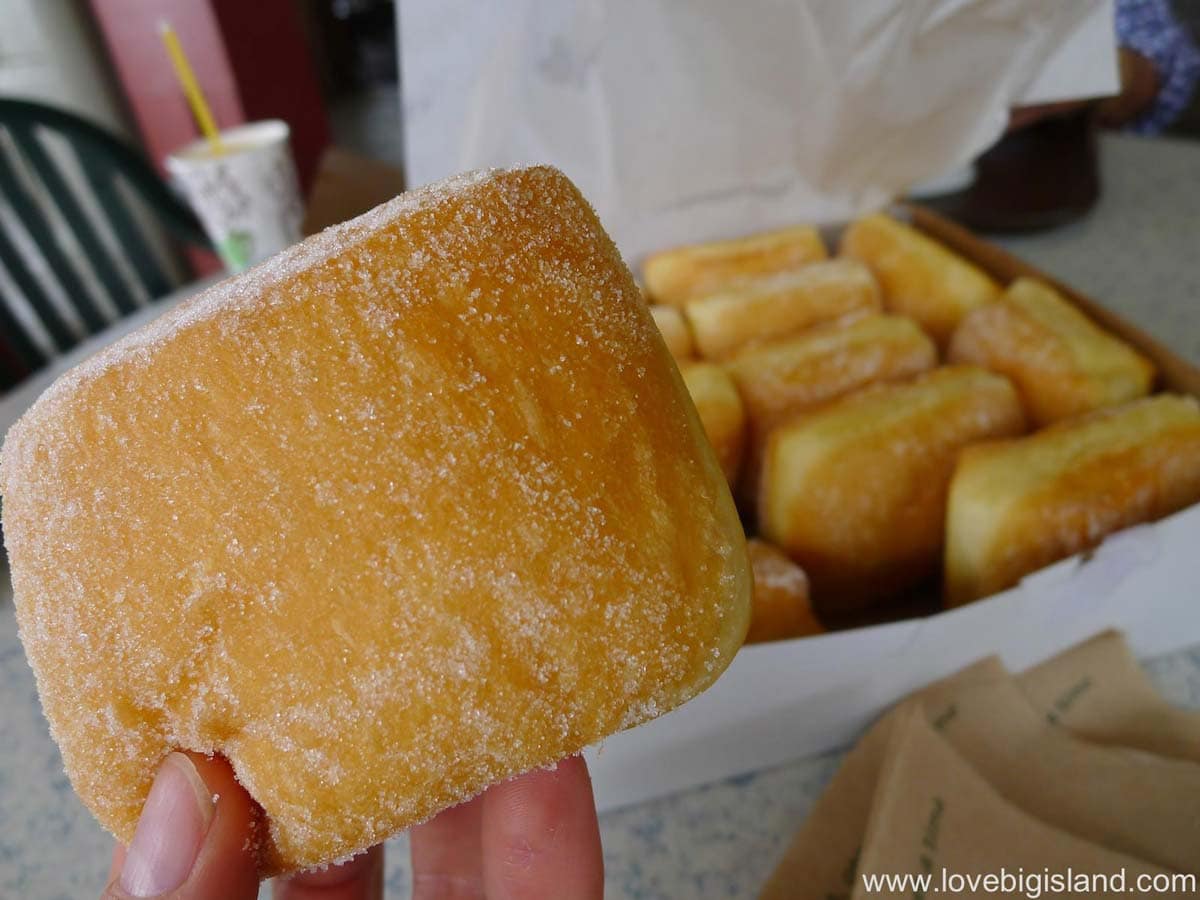 The Big Island is a haven of cultural and ethnic diversity. The many immigrants that once made the move to Hawaii each contributed something to the local cuisine. This means that the Big Island has a very interesting and unique food scene! If you are (even slightly) adventurous when it comes to food, you are bound to have a good time sampling all the local specialties of Hawaii.

With “local food” we mean both locally grown and/or produced foods that are also well known outside of the Hawaiian islands, such as coffee, chocolate, and beer, as well as the “truly” local food whose recipes are unique to Hawai’i.

You might think that pineapples are the token Hawaiian fruit, but they actually originate from Brazil! Locals consider them an export product rather than part of their culture (more pineapple facts!).

You can of course also sample all the locally grown food at many farmers markets across the Big Island.

Hawaii’s tropical climate allows for the production of many exotic crops that you cannot find anywhere else in the Unites States. Hawaii is the only state where coffee is commercially produced, which has led to the world famous Kona coffee and the just as tasty but less well-known coffees from the Ka’u, Puna and Hamakua districts.

Chocolate is another of the exotic crops that is grown on the Big Island. The cacao is farmed organically on the rich volcanic soil, and afterward locally processed and sold on Hawaii. Macadamia nuts are the healthier local product. These nuts are among the most healthy of the world and are connected to e.g. lower cholesterol levels.

After indulging in these treasures, you can finish your day with a local beer. There are (micro) breweries in Waimea (the Big Island Brewhaus), Kona (the Kona Brewing Company) and Hilo (the Hilo Brewing Company).  Their beers are sold in bars and supermarkets all over the Big Island.

The “real” local food in Hawaii

There are many snacks that are typically Hawaiian other than the “Big 4” listed above. Some of these snacks were already consumed by the traditional Hawaiian population. Others are the result of the unique ethnic melting pot that has become current-day Hawai’i.

If you happen to see any of these snacks during your vacation on the Big Island, we heartily recommend having a bite! 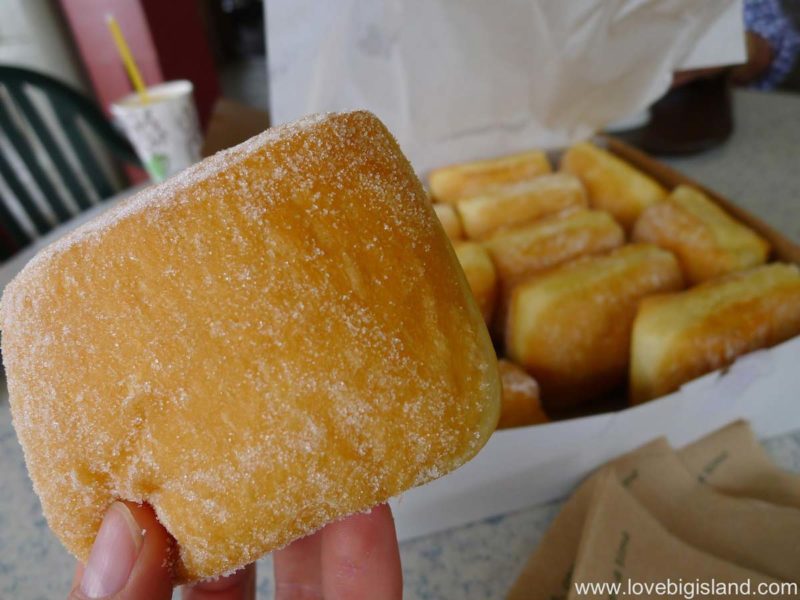 Malasadas are Portuguese sugared and fried balls of fluffy yeast dough. Not the most healthy choice but SO tasty!