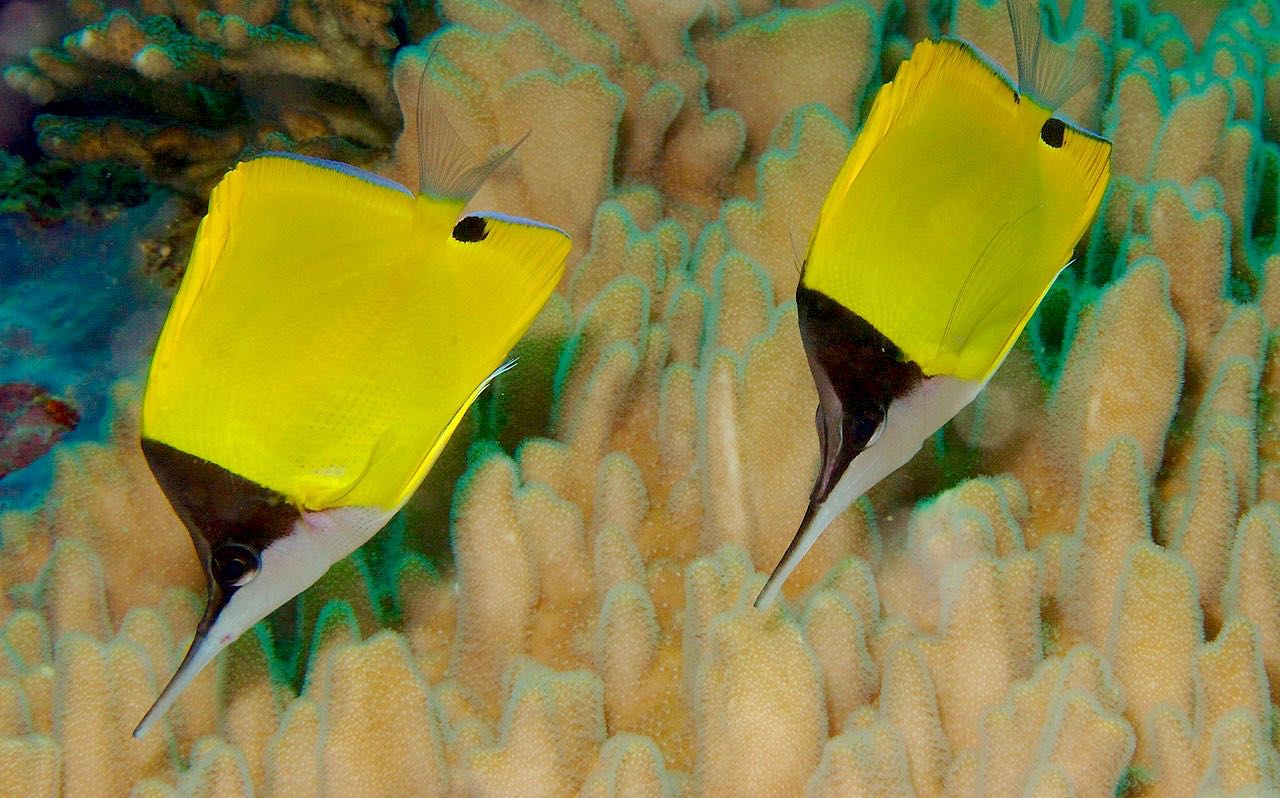 The fish with the honor of having the longest Hawaiian name is the lauwiliwilinukunukuʻoiʻoi.

Freely translated this name means “long-snouted fish shaped like a wiliwili leaf”. The wiliwili tree, by the way, is endemic to Hawai’i. It’s name means “repeatedly twisted”,  and you can see why.

If you feel like twisting your tongue, see if you can pronounce “lauwiliwilinukunukuʻoiʻoi” 3 times in a row.  One tip: first listen to someone else trying.

Lauwiliwilinukunukuʻoiʻoi is the longest Hawaiian name for a fish

The name lauwiliwilinukunukuʻoiʻoi is used for two species of longnose butterflyfish: the Forcipiger longirostris and the Forcipiger flavissimus. Both can be found in the water around the Hawaiian islands, and the main difference between the two is that the former has a jaw that is about one third longer.

Funnily enough, the name of this fish in Latin and English is also based on its elongated, forceps-like jaw: Longnose butterflyfish ( Forcipiger longirostris) and Foreceps butterflyfish (Forcipiger flavissimus).

Lauwiliwilinukunukuʻoiʻoi! Sorry? Say hello to the fish with the longest #Hawaiian name!twitter shareclick to tweet

Another cool fact about the lauwiliwilinukunukuʻoiʻoi is that they mate for life, jut like other butterflyfish species. Monogamous relations are not common in fishes, and mostly found in tropical and subtropical waters. Care needed from two parents, joint defense of territories, and difficulties in finding a mate all can play a role [source].

On the ship with Capt. James Cook

Finally, The lauwiliwilinukunukuʻoiʻoi was collected and described during Capt. James Cook’s third voyage, between 1776 and 1780. This makes it the holder of the questionable distinction of being the first Hawaiian marine organism to be collected and named by a European scientist.