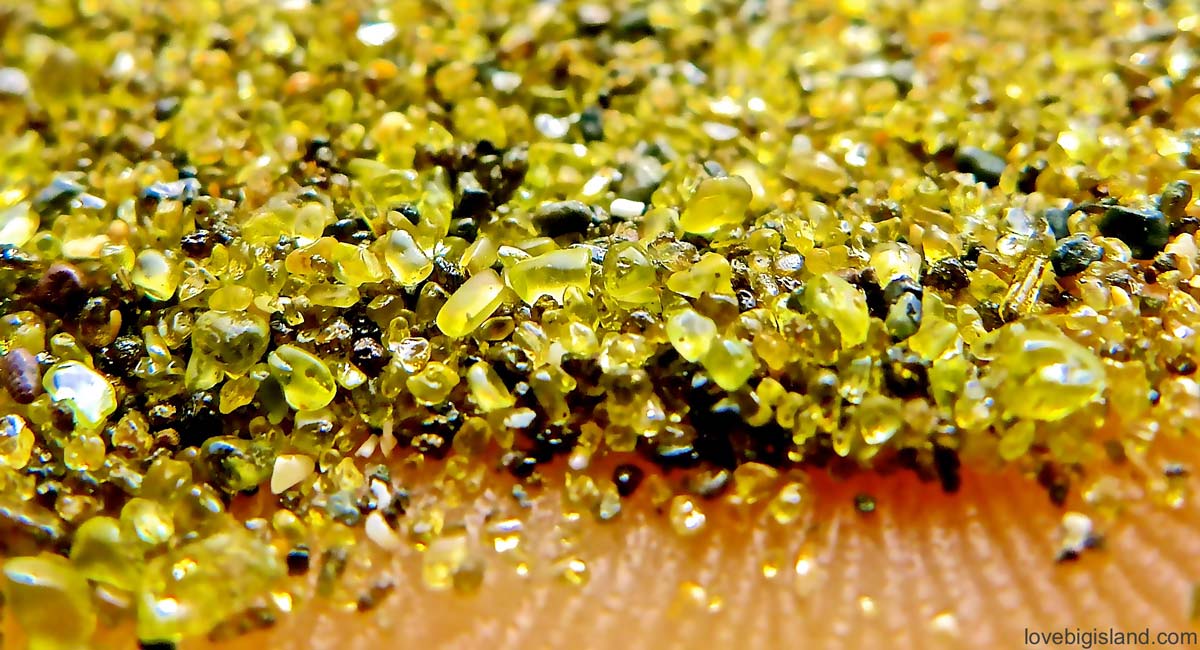 Green sand beach gets its name from the green olivine crystals that make up the sand. The crystals come from the cinder cone next to the beach which was formed during an eruption 49.000 years ago.  If you are thinking about visiting while on the Big Island you should have a look at our article on visiting green sand beach.

This green sand beach trivia article will teach you:

Green Sand Beach. One of the two green sand beaches in the United States. Close to the south point of the island

These names have the following background: 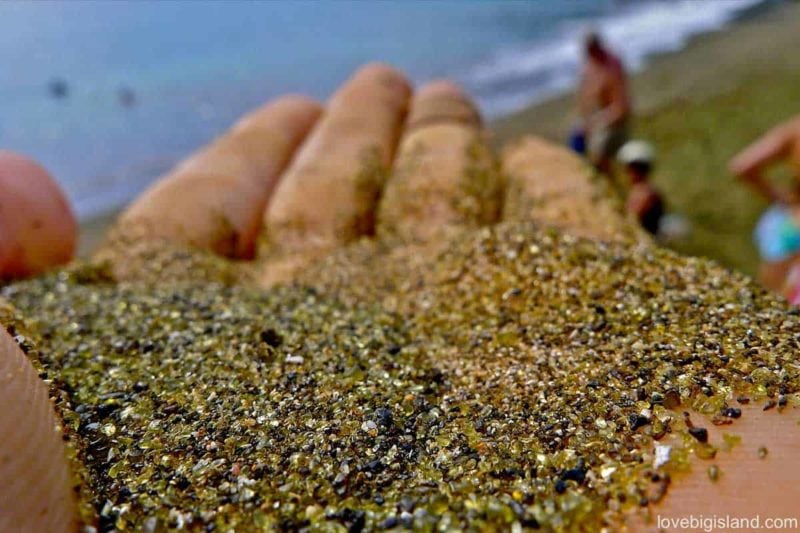 Why is the sand at green sand beach, green?

Green Sand Beach gets its name from the green glassy crystals (Olivine) that make up most of the sand on this beach. Olivine is locally known as “Hawaiian Diamond” and is denser and tougher than the ash fragments, glass and black pyroxene that make up the rest of the volcanic material at the beach.

The secret of Green Sand Beach is the unique combination of a 49.000-year-old cinder cone that spewed olivine-rich lava and a bay that keeps the olivine crystals that are washed out of the rocks trapped.  Olivine is relatively heavy and tends to accumulate on the beach, whereas the lighter volcanic sand is swept out to sea. How green the beach looks is a direct reflection of the ratio between the green olivine and the other sand-components. 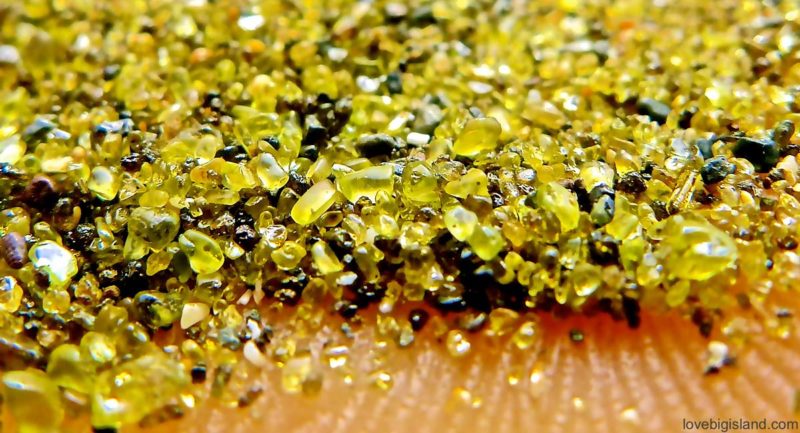 You can see that the sand of green sand beach exists of the green olivine crystals, black lava fragments and white pieces of sea shells.

How many green sand beaches are there in the world?

This question is actually pretty difficult to answer. If you go to Wikipedia, you will see that there are only 4 green sand beaches in the world:

But what exactly is a green sand beach?

Papakolea beach on the Big Island gets its color from a large amount of olivine crystals that are mixed into the sand, but there are many other beaches where the sand contains less olivine crystals and that thus are less green. To make things even more confusing there are also many beaches that have green sand for reasons other than olivine crystals!

What is the reason behind these many shades of green?

How “green” the sand on a beach is, depends on the two following factors:

This means of course that there are also other “not as green” green sand beaches on the Big Island (and worldwide), such as Richardsons ocean park in Hilo. You can find some green sand (olivines) on these beaches, but not in the amount one can find for example on Papakōlea beach.

What makes Papakōlea beach so special is that its sand contains so many olivine crystals. Because of its unique location in a narrow bay, the lighter sand particles wash away out to the ocean but the heavier olivines remain behind on the beach.

In summary, there are many shades of green when talking about green sand beaches and to say there are “only four green sand beaches on the planet” is cutting a lot of corners. Having said that, Papakōlea beach on the Big Island is a unique beach with sand that has one of the highest olivine contents of the world! It’s safe to say that the Big Island is an amazing place :)

You can find out why white sand is white and why black sand is black at our hottest big island beaches article. In it we  describe our #1 picks for beaches with sand that is green, black and white.

Call us for advice! In a 30-minute call we help you set up the trip of your dreams. Great for first-time visitors.