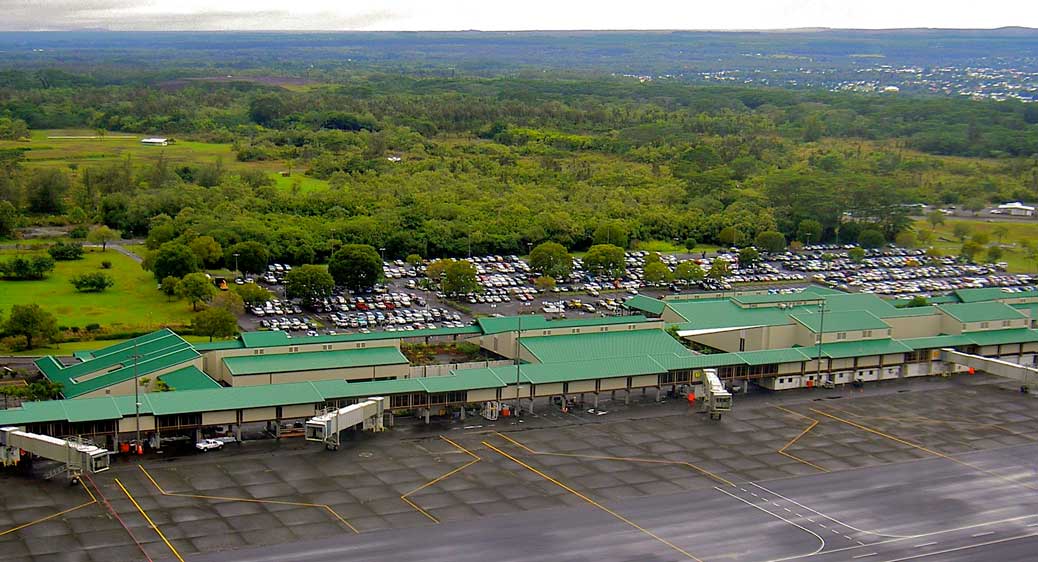 Most flights to ITO come from within Hawaii. Hawaiian Airlines and go! Mokulele fly to Hilo from Honolulu International Airport (HNL), and United Airlines serves ITO from Los Angeles and San Francisco. Read more about flights to Hilo from the mainland and  interisland flight to Hilo.

A good strategy to get the most out of your time on the Big Island is to fly to Hilo but leave from Kona. This will allow you to see a lot of the Big Island and save you half a day on your itinerary and some rental-car-return related stress.

You can find the official website of the Hilo International Airport here. 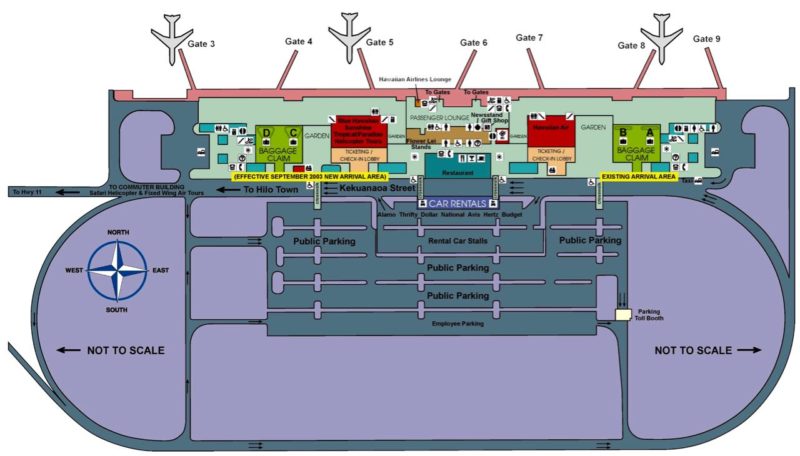 Map of the terminals at the Hilo airport. Image source: hawaii.gov.

If you are flying to Hilo international airport the baggage tag on your bags will read ITO. This three letter code is called the IATA (International Airport Transportation Association) airport code which, for most airports around the world, very closely resembles its airport. Think for example about the two largest airports on Hawaii: KOA (Kona) and HNL (Honolulu).

There are three possible origins for the Hilo / ITO connection that we think are likely: 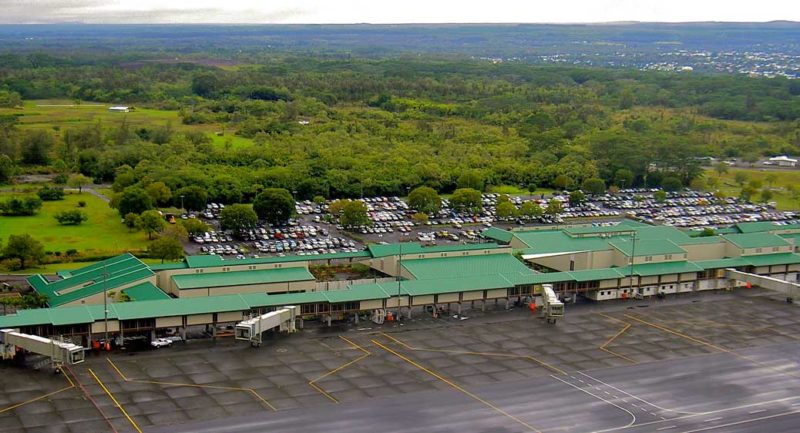 Getting from Hilo Airport to downtown Hilo

It is pretty straightforward to get your trip going once you arrive to the airport. You have the choice to leave by taxi, by bus, or with a rental car.

Getting your rental car at the Hilo airport is easy. Most big rental agencies, as well as some local ventures, are present just outside the arrival hall. The local companies often offer the best rates.

It is also possible to take the public bus service from the airport to the bus terminal in central Hilo, with about 8 buses a day Monday through Saturday. For more information go to the hele-on website.

There are also many taxi cab companies that service Hilo airport. You can find taxis at the designated exclusive taxi lane for queuing in front of the Baggage Claim Area. Approximate taxi rates are a $3.00 flip + $.30 per 1/8th mile + $.30 per minute for waiting time + $1.00 per bag. Waiting time is charged when passengers need to make stops prior to reaching their final destination.

Approximate cost to take a taxi from Hilo Airport to several destinations on the Big Island are:

The information above has been summarized from the “ground transportation” section on the official Hilo Airport website.

Hilo International Airport is located minutes from downtown Hilo, while Volcano Village and the Hawaii Volcanoes National Park are approximately 45 minutes by car.

Drive Times from Hilo Airport to:

Hilo Airport is only a few miles away from downtown Hilo, with the highway going to Volcano, Kona, and Waimea passing right in front of the airport.  If you have rented a car at the airport you can expect the following driving times to: 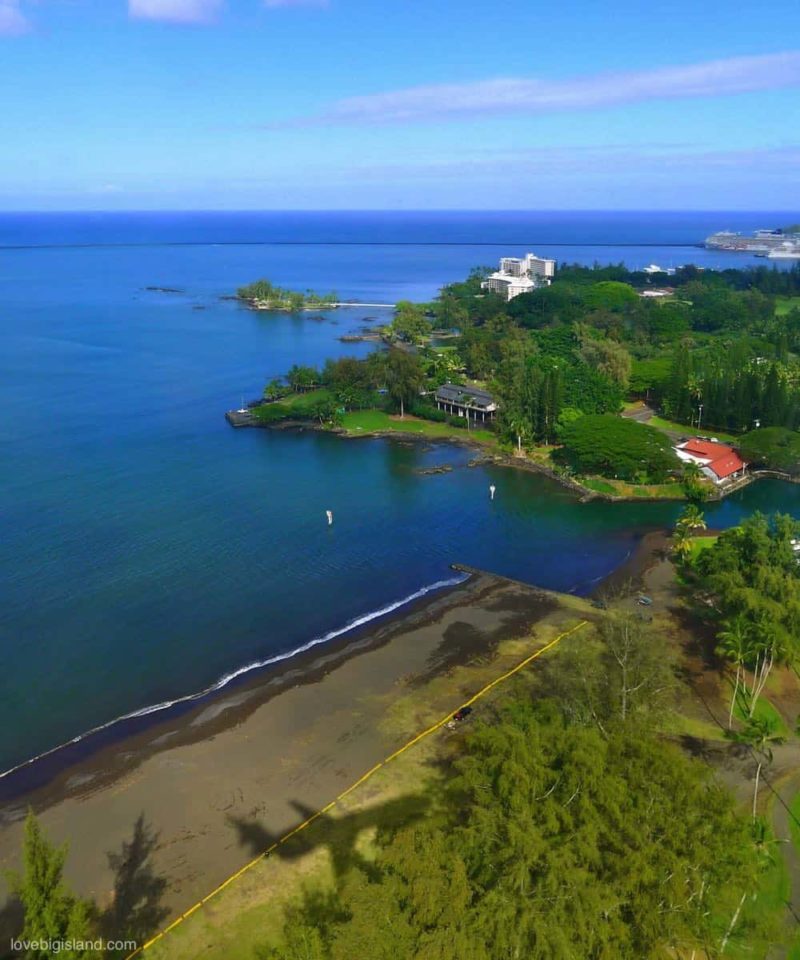 Hilo airport is in the middle of paradise! This is your view just before the plane lands: Coconut island, lush forest, and a beach!