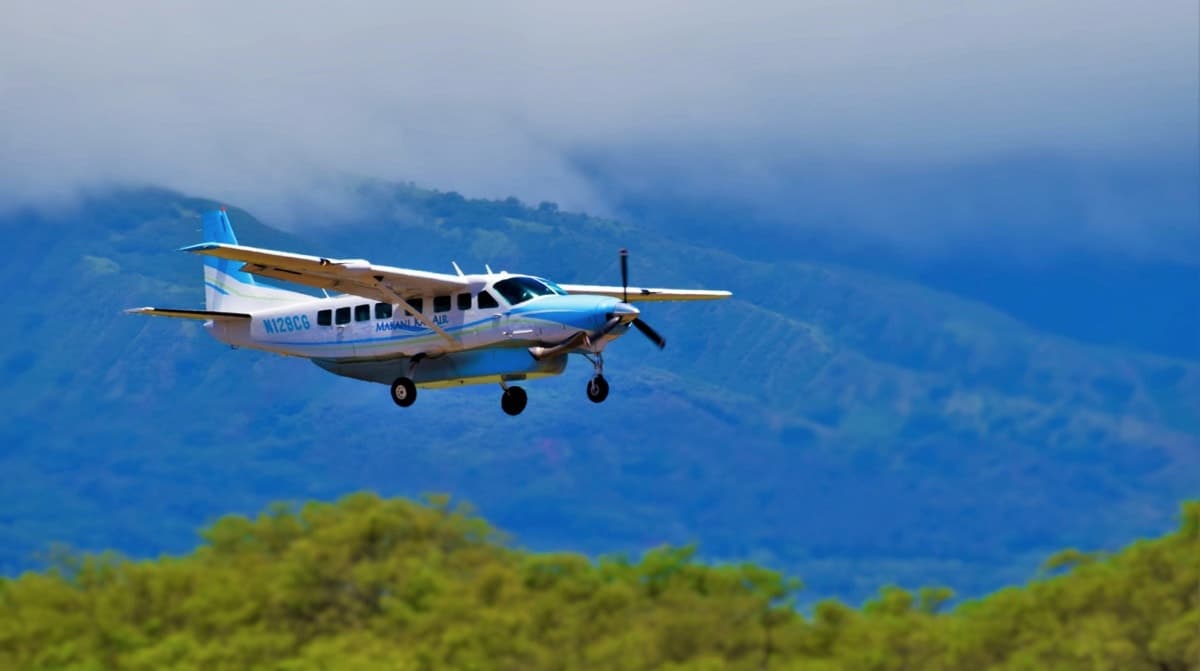 If you are vacationing in Hawaii and want to see more than one island (and you should if time permits!), you will probably be taking several short (~ hour) interisland flights between the different Hawaiian Islands. These interisland flights are short (often less than 1 hour in the air) flights that average at about $69 for a one-way ticket if you book on time.

The trick to booking an interisland flight is to find the balance between “lost time”, in the form of a ~half a day of your vacation needed for travel, and the opportunity to see yet another fascinating island of Hawai’i.

Tl;dr Investing 10 minutes of your time now to sort out your flights might save you money and hours of travel time while on Hawaii.

There are currently four companies that offer interisland flights within the state of Hawai’i:

You can buy your tickets directly on the websites of these airlines or through comparison websites such as travelocity or expedia. There will be little to no price difference between booking directly or through an aggregator website.

Hawaiian airlines (website) maintains a high level of service and has a good in-flight magazine to keep you entertained in the air and prepare yourself for your new destination.

For the Big Island, Hawaiian airlines offers direct flights to:

Hawaiian Airlines also offers many flights to Hawaii both from the mainland and from international destinations in Asia and Australia. 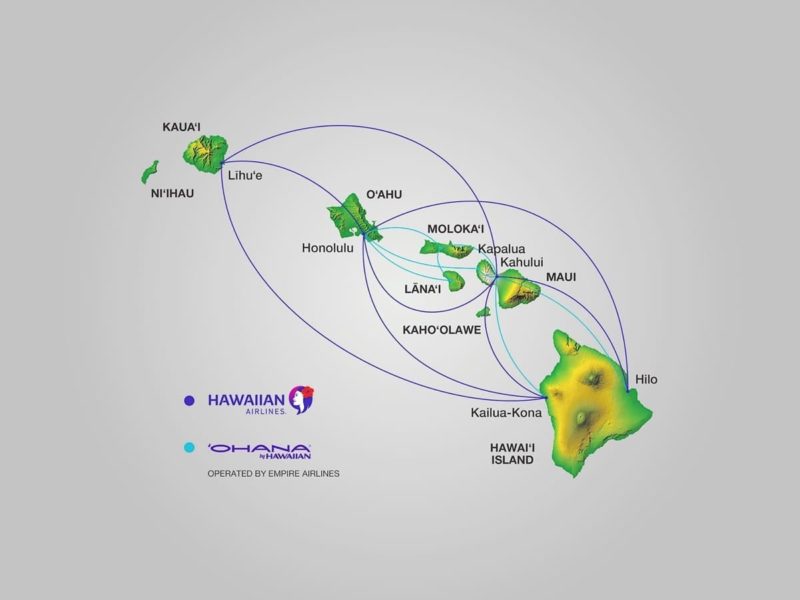 Hawaiian airlines offers direct flights between almost all islands in collaboration with Empire Airlines (from Idaho) as “Ohana by Hawaiian”. Map retrieved from the Hawaiian Airlines website in January 2019.

These frequent flyer programs include Delta SkyMiles, American Airlines’ AAdvantage, the All Nippon Airways (ANA) Milage club, United Airlines Milage Plus, and many other programs.

Read the complete list of participating airline programs and the rules on how to earn and redeem miles while flying with Hawaiian Airlines here.

Hawaiian airlines sells so-called “travel plans”.  This is a yearly program available only to holders of a HawaiianMiles account. With this program you can buy a set number of direct interisland flights to neighboring islands for a reduced price.

Every travel plan is personal, which means you cannot use it to buy a ticket for somebody else. There are four programs available: two including 4 or 8 round-trip interisland flights, and two including 24 or 60 one-way flights.

Mokulele (website) is the lowest fare airline, but since the distances between the islands are small, price differences never get that noticeable.

"The Best Little Airline In The World" - We Are Mokulele Airlines

Mokulele operates 120+ daily flights between most Hawaiian islands. These flights offers direct flights from Kona to Oʻahu, Maui and Molokai. Mokulele also operates a direct flight (once a week) between the Kamuela-Waimea airport (IATA code: MUE) in Waimea and Kahalui on Maui.

Mokulele operates 120+ flights per day between most Hawaiian islands. Map retrieved from the Mokulele Airlines website in October 2020.

Good to know: COVID-19 updates for the Southwest routes to Hawaii.

Southwest also operates interisland flights between other Hawaiian islands as well as routes from the mainland to Hawaii. You can find all their current flights to/from Hawaii on the Southwest website. 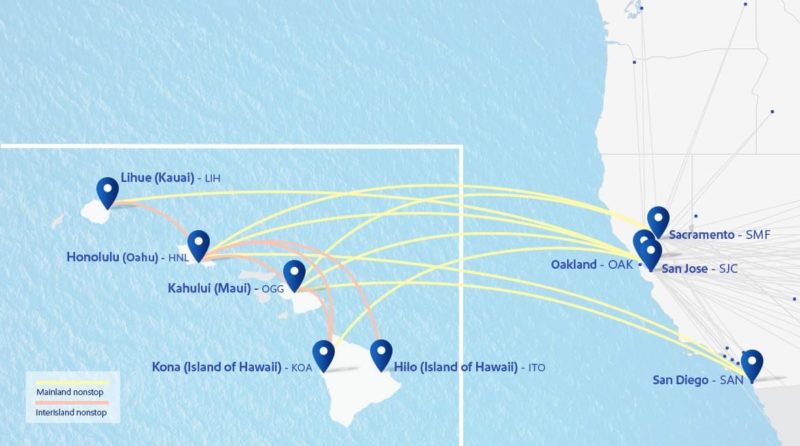 Since Island Air went belly up in November 2017 only Mokulele can compete with Hawaiian Airlines, which currently holds a 90 percent share on interisland flights. Southwest airlines is a welcome new competitor on the interisland flight market.

Makani Kai Air was a local aviation operator that operates small airplanes connecting Oahu, Kauai, Maui, Molokai, and the Big Island. A merger between Makani Kai Air and Mokulele Airlines was announced June 2020, and now you can only book flights through the Mokulele website. 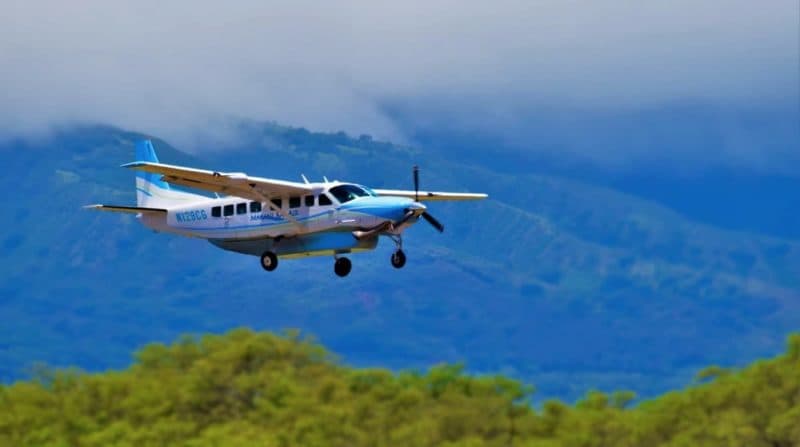 The following tips will help you to optimize your interisland flight schedule so you can spend as much time as possible enjoying your vacation:

Oahu’s Honolulu Airport (HNL) is the central airport of Hawaii, while all other islands are often referred to as “neighboring islands”. This is important for you if you decide to book a flight between to neighboring islands, for example between the Big Island and Kaua’i.

We advise that you book direct flights whenever they are available, and perhaps even change the order in which you visit the islands if that means getting rid of many hours spend at the airport instead of on the beach.

2: Connecting your flight to your schedule is more important that finding the cheapest flight

Another point to consider when booking an interisland flight is the time of your flight. You will find that the cheapest flights are often very early in the morning or late in the evening.  Don’t be tempted to save $20 by booking such a flight without thinking about your check out and check in times.

If you already have booked your accommodation, look up the check in and out times, factor in transport to and from the airport, and search for a flight that will connect the two as smoothly as possible.

If you are planning to spend time on both sides of the island (and why wouldn’t you? A visit to the Big Island without a visit to the Hawaii Volcanoes National Park and one or two nights in Volcano Village is only half a visit), try to fly to one side of the Big Island and depart again from the other side.

4: Pick your seat with care for the best views from the plane

Inter island flights are short and during the flight you never reach altitudes that are normal on the longer (inter)continental flights. This means that looking out of your window can give you some spectacular views of the Hawaiian islands :).

We always like to pick out seats on the left/right side of the plane according to the following list:

Flights to and from Hawaii (long distance)

A trip to the Big Island almost always starts with a long flight to Hawaii of at least 5 hours.  This plane ticket likely covers a significant part of the total costs of your vacation. Read our flights to Hawaii guide to find out how to find the best flights to Hawaii, when to book, and where to look.

We use Hawaiian Airlines

We always try to use Hawaiian airlines for the reason listed above. If you are planning your trip it never hurts to check as many airlines as possible. By clicking the link below you will see the best deals Hawaiian airlines currently has on offer AND support this website. If in the end you decide to book your flight through Hawaiian airlines and follow the link we get a small percentage of the transaction (from Hawaiian Airlines, it won’t cost you a thing). This, in turn, can help us to keep this website up and running. Read more on our participation with affiliates here.

(if you are using an ad blocker to enhance your browsing, please use this link to the Hawaiian Airlines website instead. Mahalo!)