Kailua-Kona is located on the western (Kona) coast of the Big Island of Hawaii. The weather here is in general pleasant, sunny, and dry. Expect to see lots of sunshine in Kona all year round and especially so during the summer months (April through October).

The weather on any oceanic island with appreciable mountains is very similar. In our case the leeward side is the side protected by the elevation of the island from the prevailing winds and is thus the drier side of the island. Incidentally, Hilo can be found on the windward side of the island which is why it gets (way) more rain.

You can see this in more detail below, as we present you the yearly averages of the temperature, the precipitation and the amounts of cloudy days.

If you are interested in the general weather trends for Hawaii you should read our comprehensive Big Island weather guide:

Weather on the Big Island, Explained

Average temperatures in Kailua-Kona are between 70°F and 80°F (21 and 27°c). August is the warmest month, and January the coolest. However, and especially for those visitors from the US mainland, temperatures here are always pleasant. 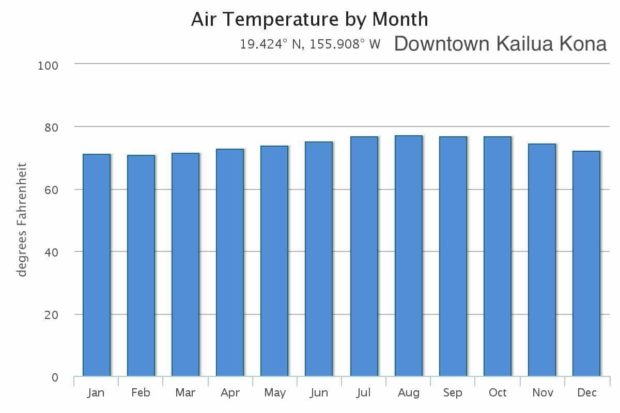 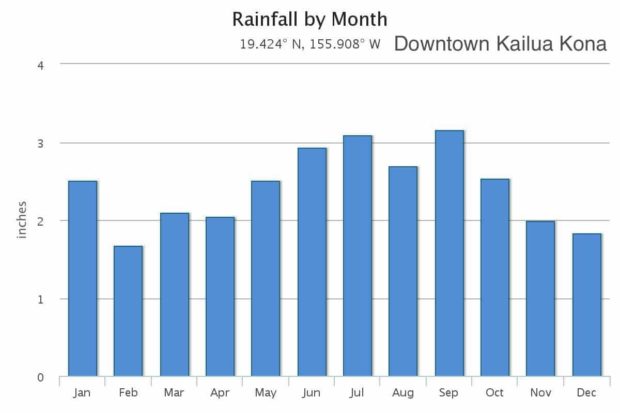 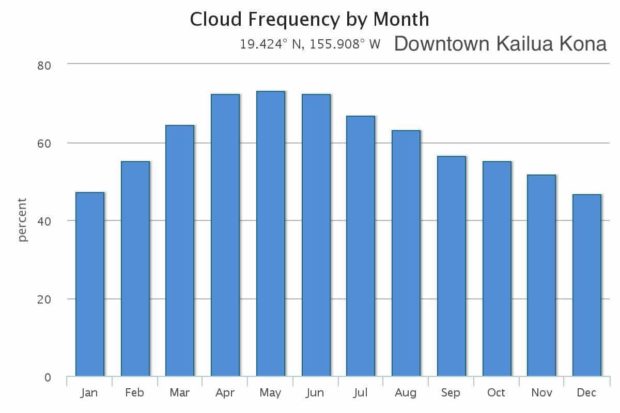 
As mentioned above the Kona district lies on the leeward (dry) side of the Big Island and has very little precipitation. Kona is the only region in the islands where summer rainfall exceeds winter rainfall. Our wettest month is September but this is no reason to avoid Kailua this month as in general (but by no means as a rule) it rains in the late afternoon or in the early evening.

April, May, and June are the most cloudy months, with clouds blocking the sun on average 70% or more of the time. December and January are the sunniest months, with a cloud cover of less than 50%.

There are large differences in cloud cover throughout the day. You will have the most chance to see the sun in the morning between 8 and 10 am, while after midday the chance of clouds increases rapidly. After 2 pm there is an ~80% chance of cloud cover. 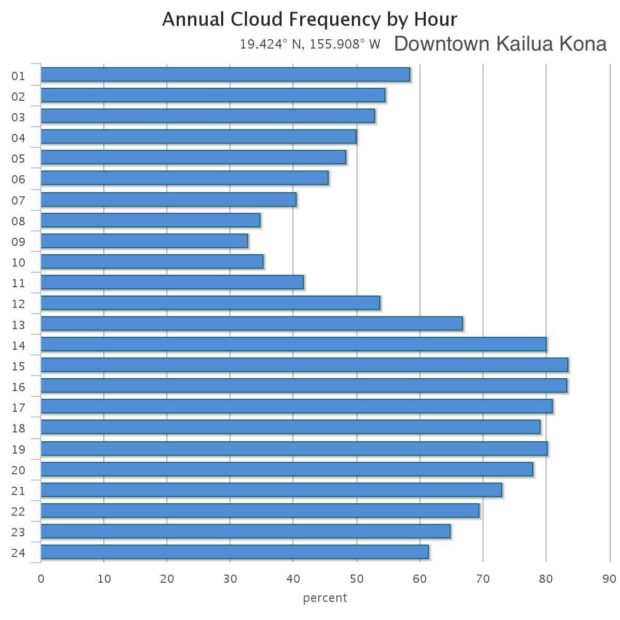 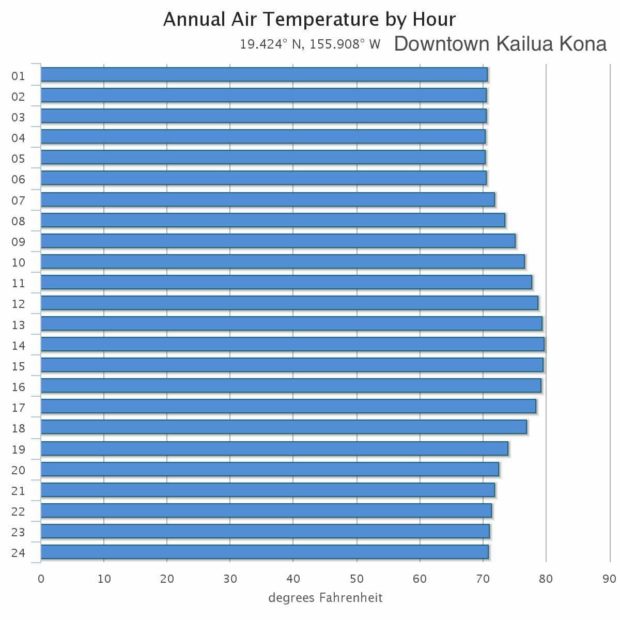 The hourly average amount of cloud cover (left image), and temperature (right image) for downtown Kailua-Kona on the Big Island of Hawaii. See the “Sources” section below for image credits.


Throughout the day there is only a limited (10 °F) variation in the air temperature. Direct exposure to the sun will make it feel warmer, and windchill and rain cooler.

If you are interested in the current weather conditions and weather forecast for Kona, please look up the NAOO forecast.

we summarize all the information above in the following table. In the table you find the monthly averages for the air temperature, the amount of rainfall and the percentage of cloud cover.

All tables and figures on this page have been created using data from the following source:

The data have been downloaded from the Climate of Hawai’i website which provides a set of maps of the spatial patterns of climate for the major Hawaiian Islands.