Maniniʻowali Beach is a secluded and small white sand beach at Kua Bay, just north of Kona. The water in the bay is crystal clear and the beach is more difficult to reach than other nearby white sand beaches. This makes Kua Bay a strong competitor for the title of “best white sand beach” on the Big Island! 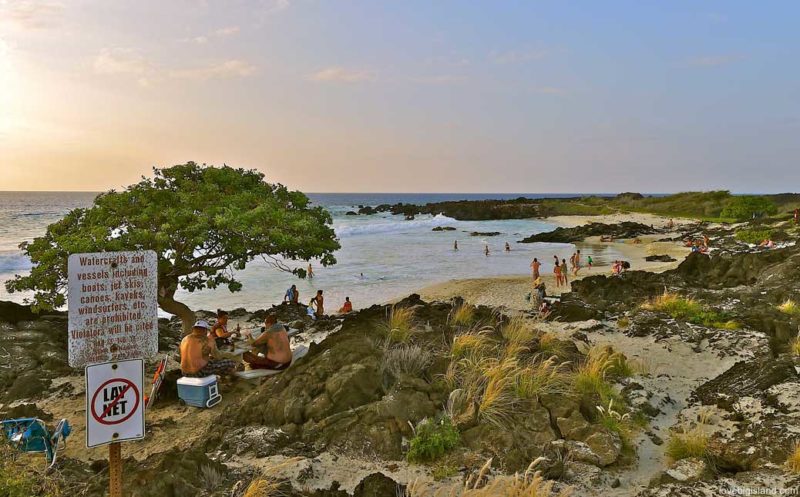 Maniniʻowali beach is mostly made out of soft white sand. Kua bay can get fairly sized (strong!) waves in the winter but is great for snorkeling when the water is calm. Wildlife sightings (turtles and an occasional dolphin) are common.

There is almost no shade at the beach, so bring sun cover if you plan to stay for an extended amount of time. We also recommend to take your own food and drink since you cannot buy anything at the beach (although there may be a food truck at the parking lot). 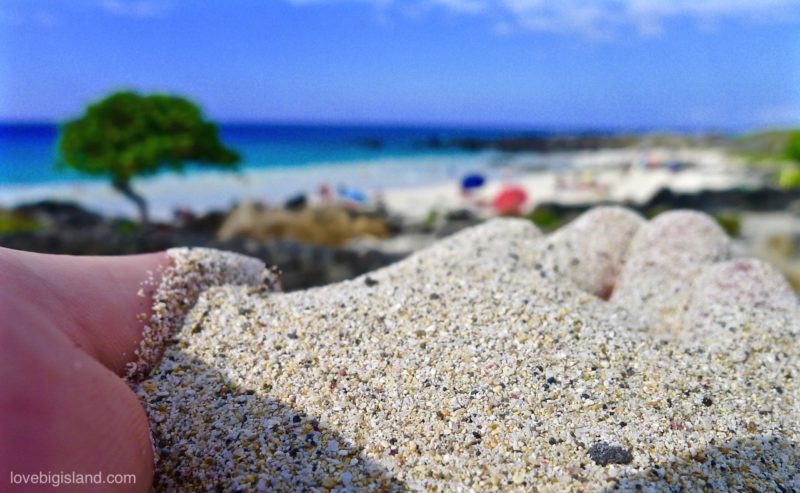 The white sand at Kua Bay consists mostly of shells and bits of coral, with some pieces of black lava rock

Showers and toilets are present at the parking lot, a life guard station has been added to the beach mid-2019. 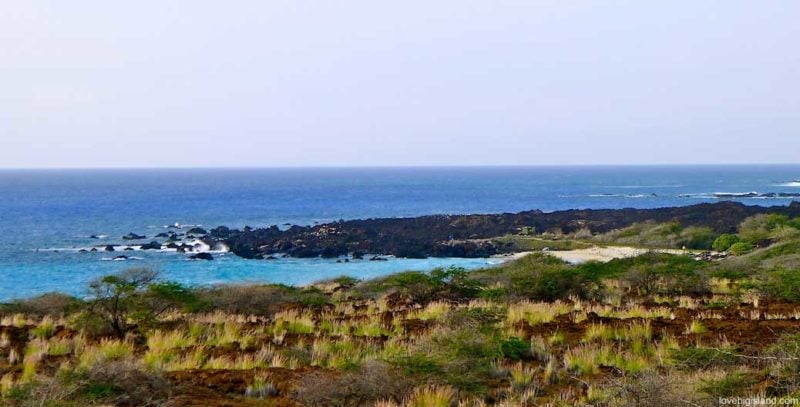 This is what the beach at Kua Bay looks like from the access road (the small sandy patch at the center-right).

What is the best time to visit Kua bay?

Kua bay is a popular destination in the weekend for locals and tourists, so the best time to visit is during weekdays. There is little shelter from the sun and in general we like to go early to avoid the midday sun (and crowds).

Sunsets at Kua bay are spectacular, so if your itinerary has enough room for a late beach visit this is certainly something we recommend. Keep an eye on the time though because the access road to the beach closes at 7PM. Sunset times in spring and summer are typically after 7 pm (see sunset times throughout the year for Hawaii here) so our “see the sunset” advice is best taken during fall and winter.

Part of the Kekaha Kai state park, you can find Manini’owali beach just north of the Kona airport. Take the second exit to the left, 4.6 miles (7.5 km) after passing the airport. The exit you are looking for is opposite the West Hawaii Veterans Cemetery, which is better signposted than the beach.

Kua Bay is the Northernmost beach in the Kekaha Kai state park. The other two beaches are Makalawena beach and Mahaiʻula Bay. Image adapted from google maps.

You reach the park entrance almost directly (~0.1 miles) after you make the left turn. The parking lot at the bay is small so make sure to arrive early on weekends or count on a 5 minute walk to the beach. 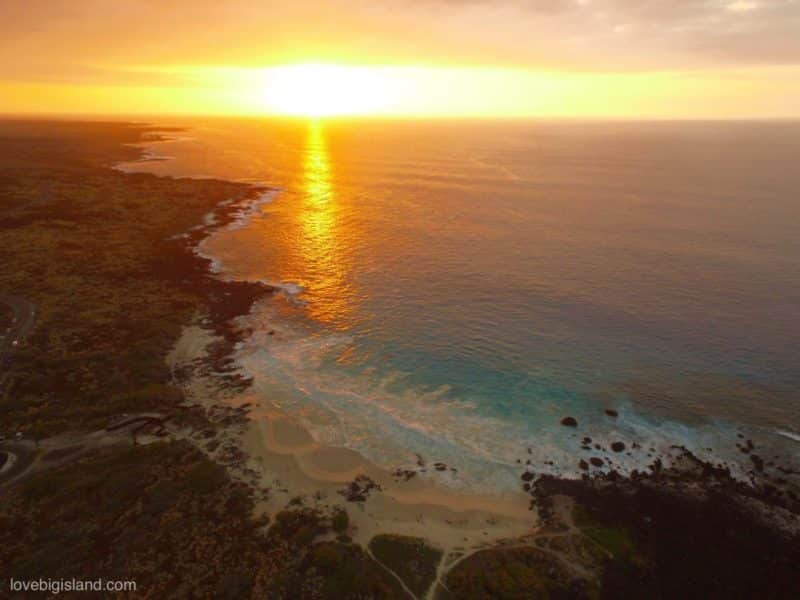 Maniniʻowali Beach is one of our favorite places on the Big Island to visit to see the sun set.

You can see a time lapse of the drive from the highway to the beach parking lot, as well as the beach and part of Kua Bay, in the following video:

For a list of all beaches on the Big Island see our map of Big Island beaches.