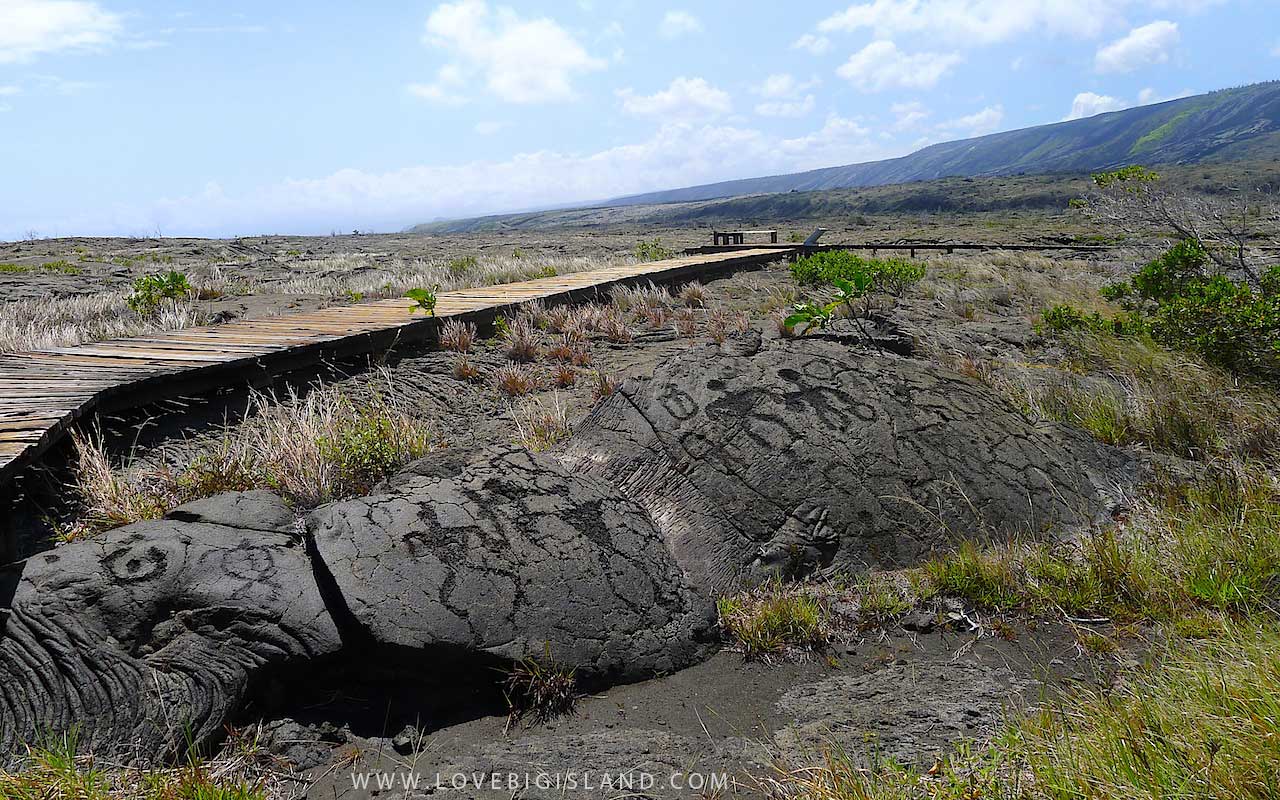 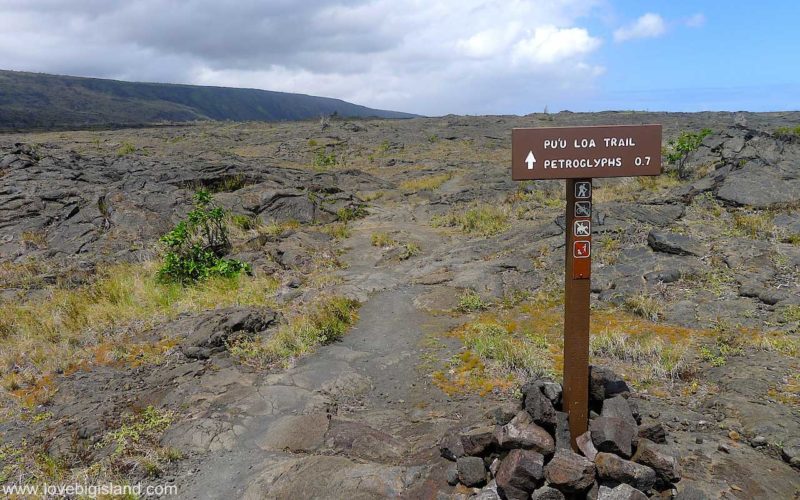 Trailhead of the Pu’u Loa Pertroglyph trail. To get here drive down the chain of craters road in the Hawaii Volcanoes National Park

Pu’u Loa meant ‘Long Hill’, but was also interpreted by Hawaiians to mean ‘Long Life’. For many generations, Hawaiian fathers came to Pu’u Loa and placed their newborn’s umbilical cord in small holes scattered about the site, hoping for a long life for their children. You can find many thousands (!) of these holes in the Pu’u Loa petroglyph field. 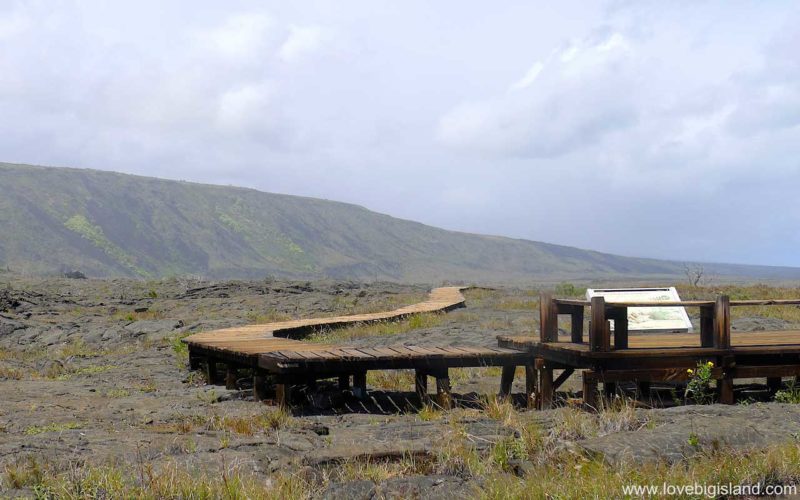 You can find a short video about the Pu’u Loa petroglyphs, written and produced by Donnie MacGowan; narrated by Frank Burgess, below. For directions and more general information, keep reading.

Directions to the Pu’u Loa Petroglyphs:

From Volcano village, enter the Hawaii Volcanoes National Park and take the first left after you pass the guardhouse onto Crater Rim Drive. Continue on Crater Rim Drive until the intersection with Chain of Craters Road. Turn left onto Chain of Craters Road and proceed approximately 16 miles. The petroglyph field is well marked with a road sign. Parking is available on both sides of the road. The trail entrance to the petroglyph field is on the East side of the road (same side as the telephone).

Go in the early morning or late afternoon, when the temperature is cooler. Make sure to wear sun screen and bring water. There is no shade and it’s usually hot out on the lava.

Petroglyphs offer a unique view into the history of Hawaii – some petroglyphs date back to the 16th century – only one century after Columbus first landed on American soil! The word “Petroglyph”  comes from the Greek words, “petros” for rock, and “glyphein” to carve, Hawaiians call this form of rock art “k’i’i pohaku“, or images in stone. 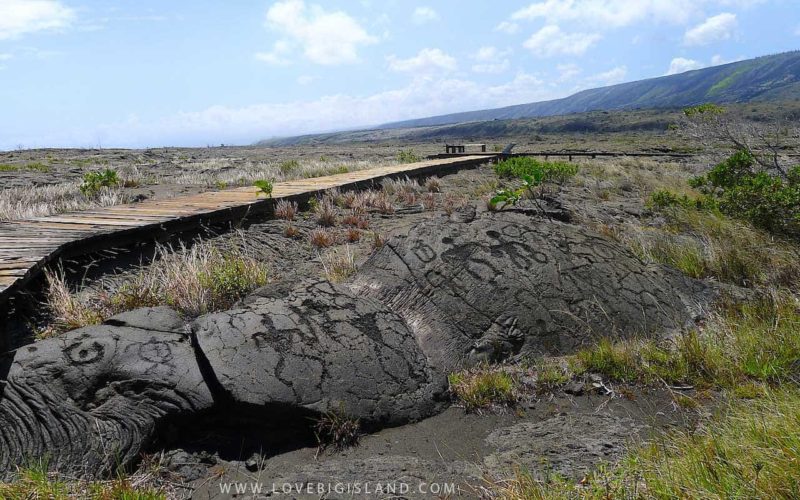 Ancient petroglyphs on Hawaii. Petroglyphs are rock carvings left on the lava by the original inhabitants of Hawaii

Some of the petroglyph images are clustered near historic land boundaries or along foot “highways” through lava fields, but the full reasons for their location and creation remain a mystery. Sadly, development has destroyed many of these treasures--ancient images that escaped destruction by earthquake or lava flow were destroyed during the construction of resorts and golf courses.

Some of the fields however, have been preserved and are accessible by the public. They are a must-see for those interested in the history and culture of Hawaii. When you go, be respectful and stay on designated viewing platforms and paths. Do not touch the rock images or attempt to make rubbings of them--human actions like this destroy works that have endured for centuries. If you are looking for good photo’s, try the early morning of late afternoon, when the slanting shadows offer extra depth and highlight to the petroglyphs.

See our map of Volcano for the location of the Pu’u Loa Petroglyph field.

More Petroglypsh on the Big Island

If you are not going to the Volcanoes national park but are spending some days on the west side of the Big Island, you can still get a taste of the past at the Waikoloa petroglyphs and the Puakō petroglyph preserve. Both are close to Waikoloa village (or a 30 minute drive from Kailua Kona).