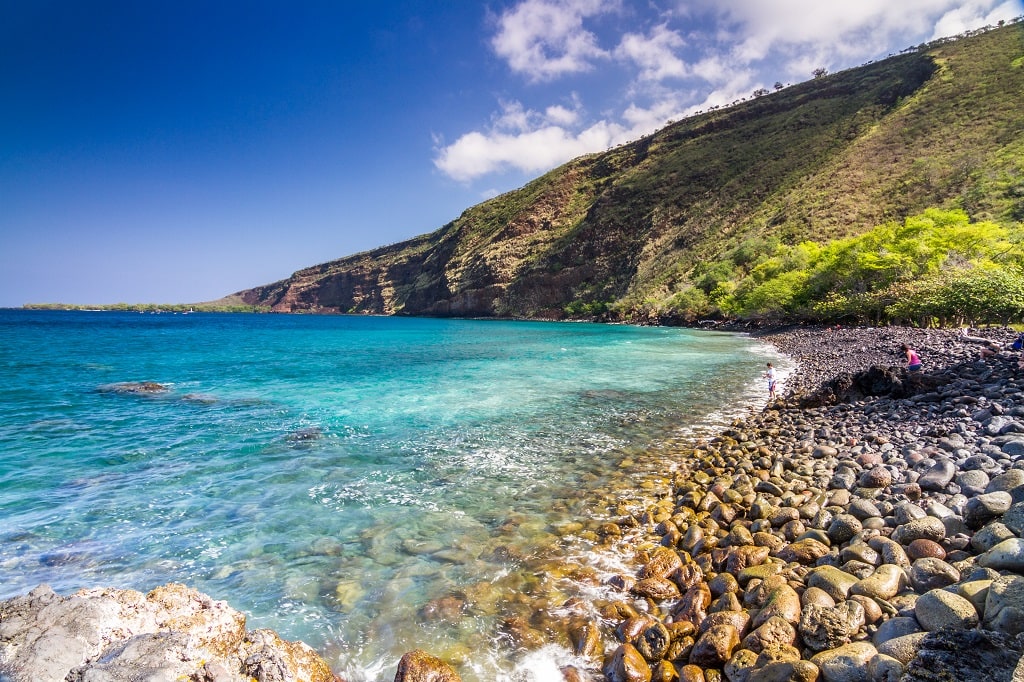 A Farm Tour + National Park visit tour by Wasabi Tours. Back to all tours.

Tour Summary: Sacred temples, Hawaiian history, two farm tours, and more! This 7-hour tour of the Kona and south Kona coast lets you discover the history, beauty and culture of the Big Island

This tour is currently unavailable. See our list of Big Island Farm Tours for alternatives.

Pick-up available? Yes! Pick up from all resorts and hotels in Keahou, Kona, Waikoloa, and Kohala area between 6:30 am to 8 am

Read more: about farm tour on the Love Big Island website in our farm tour guide.

This tour is currently unavailable. See our list of Big Island Farm Tours for alternatives.

This tour is all about the fascinating history and vibrant culture of the Big Island of Hawaii. You get to see ancient Hawaiian sites along the coast, visit early churches and a royal palace, and make stops at a honey farm and coffee orchard to taste some of the island’s locally made treats.

The tour starts early in the day at the Kaloko-Honokohau National Historical Park where abundant sea life has attracted settlements for centuries. Learn about the fishponds that show the engineering acuity of Native Hawaiians and walk along a trail to sacred temples and petroglyphs. You might even spot a sea turtle on the salt and pepper sands.

After the national park we make a small road trip through downtown Kona where we pass by the former royal vacation home at Hulihee Palace and Mokuaikaua Church, the oldest Christian church in the Hawaiian Islands. We continue south along the rugged volcanic coastline to the Big Island Bees bee farm, which has been producing organic honey since 1972.  There you will see  a presentation from a beekeeper, get a close-up look at a hive, and sample some of their sweet island nectar.

Our next stop is not far from the bee farm: Kealakekua Bay. This is a pivotal location in Hawaiian history as it was here that Captain James Cook arrivet at the Big Island (and also where he was killed shortly after).  We will serve a fresh picnic lunch at scenic bay lookout and then continue on to the Puuhonua o Honaunau National Historical Park.

Set on the rugged and beautiful south Kona coast, the ‘place of refuge’ or ‘city of refuge’ was a safe haven for those that broke the Kapu laws, which in old Hawaii were punishable by death. If you reached the Pu’uhonua, you would be pardoned by Kahuna and given a second chance at life. We sill set out on a narrated walking tour at the park to learn about the fascinating customs of the old Hawaiians.

After the park visit it is already time to head back, but we have one final stop: at a Kona Coffee farm! Walk through the orchards and learn about the harvesting and milling process, and sample a warm cup of Kona-grown java before head back for the day.

Q: How much 🚶🏽hiking do we do?
A: We will have couple easy hikes over short distance in this tour. The total hike distance is about a mile.

Q: Will we get to taste ☕ Kona Coffee and 🍯 honey?
A:  Yes, there will be free sample tasting at the Kona coffee farm and Big Island Bees 🤤

Q: Can 🚢 cruise ship visitors go on this tour?
A: Yes, we can pick you up from the pier at Kailua-Kona and be back by 3 pm.

Wasabi Tours is a locally owned and operated company specialize in guided small group tours on the Big Island. Their multilingual guides (speaking English, Chinese, and Spanish) are all park ranger trained with years of experience guiding fully narrated tours on the island. They have a wealth of knowledge about the history, cultures, geography, wildlife and botany of Hawaii.

They proudly supports the sustainable tourism tenets of the Sustainable Tourism of Hawaii Association. In accordance with these values they maintain an ongoing commitment in the areas of environmental preservation, interpretive training for staff, and guest relationship management.

Wasabi Tours has been in business since 2006 and strives to create tours that allow guests to not only discover highlights of the island, but also to explore off the beaten paths. They receive consistent stellar reviews both for the content of their tours and for their professional and knowledgeable tour guides, and we are confident you will be in capable hands with them.

We are affiliate partners with Wasabi Tours meaning that we receive a percentage for each successful booking made through our website. This happens without any additional charge to you! (read more on the use of those links on our website here).

By booking tours through our website you support LoveBigIsland.com and help us to provide you and future visitors with free and high quality information about the Big Island. Thanks, you guys are amazing!